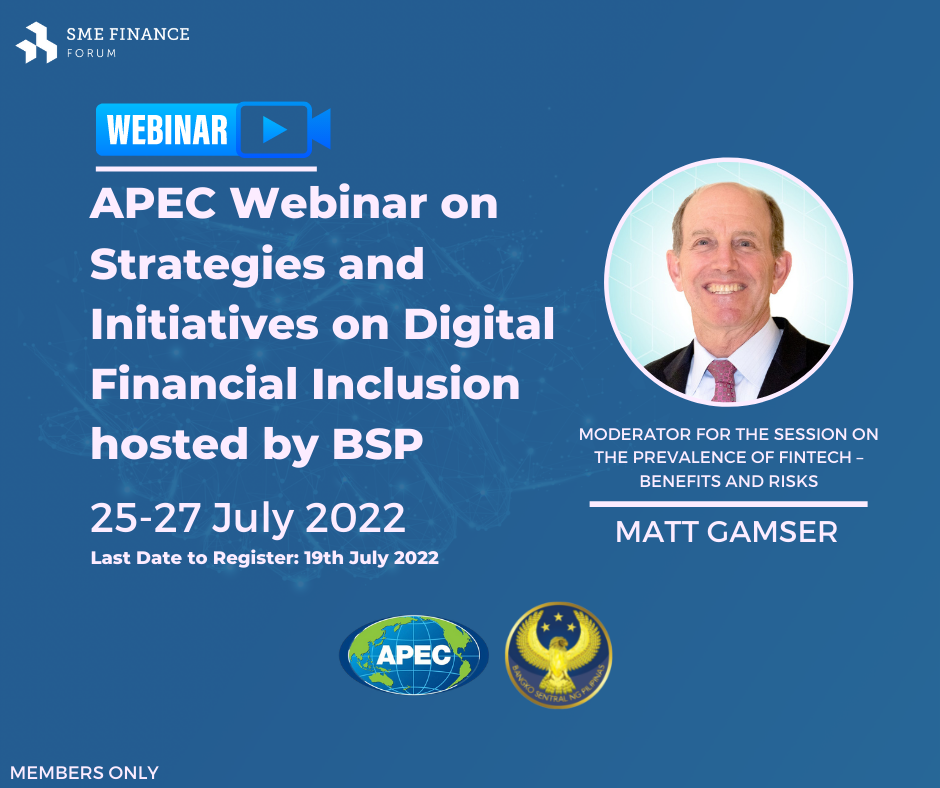 The Asia-Pacific Economic Cooperation is an inter-governmental forum for 21 member economies in the Pacific Rim that promotes free trade throughout the Asia-Pacific region.

The Bangko Sentral ng Pilipinas (BSP) is the central bank of the Republic of the Philippines. It was established on 3 July 1993 pursuant to the provisions of the 1987 Philippine Constitution and the New Central Bank Act of 1993. The BSP took over from Central Bank of Philippines, which was established on 3 January 1949, as the country’s central monetary authority. The BSP enjoys fiscal and administrative autonomy from the National Government in the pursuit of its mandated responsibilities.

The following topics will be covered in the webinar:

Moderator: Matthew Gamser for the session on The Prevalence of Fintech – Benefits and Risks

This member-only event will be held online from 25-27 July.

If you are interested, please reach out to smefinanceforum@ifc.org